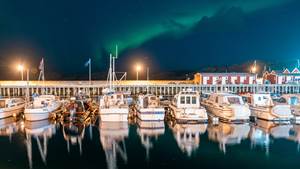 Norway will be the Chair of the Arctic Council in 2023-2025. UArctic leadership has started discussions with the Ministry for Foreign Affairs of Norway and Norwegian UArctic member, and it has been agreed that the UArctic Congress 2024 will be part of Arctic Council’s Norwegian chairmanship program.

International Congress of for Arctic Social Sciences (ICASS 2024) and the High North Dialogue 2024 will be arranged during the same time period in collaboration with the UArctic Congress. This will be a show case of Arctic cooperation, and will reduce travel expenses and time for many participants who would participate both UArctic Congress and ICASS or High North Dialogue. In 2024 Bodø City is European Cultural Capital, which will provide an excellent frame for the UArctic/ICASS/HND events.