Bodø, Norway - Students from across the Circumpolar North discussed issues important to them here at the 2nd annual Students of the Arctic (STUArctic) meeting. 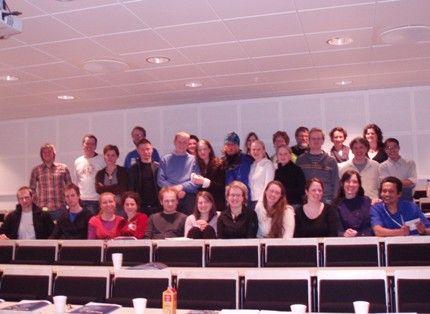 “Young people are in charge of the North in a few years, so it’s important to learn about cultures of the North,” said event organizer Ørjan Arntzen.

About 35 students from Canada, Finland, and Norway attended the meeting, which took place March 17-19 at Bodø University College. The college will also be hosting the Council of the University of the Arctic (UArctic) meeting in June. Some topics discussed at the meeting included climate change, the Bologna Process, and relationship building.

Participants said they were able to learn a lot from the meeting and each other.

“We are pretty much the same. Different languages, but the same humour,” said Arntzen, who is also president of Bodø University College’s student union.

Erika Pittman, a master’s student at the University of Lapland (ULapland), in Rovaniemi Finland, agrees, even though it’s only the second year for the meeting.

“It’s hard to say how it can help, but there are a lot of similar issues facing students and the Arctic as a whole,” said Pittman, who is a member of ULapland’s student parliament. “If you have more voices, you have a better chance of getting heard.”

No major decisions came out of the meeting. However, one goal for next year is to have closer ties to UArctic and its annual Council meeting.

Council of the University of the Arctic Meeting